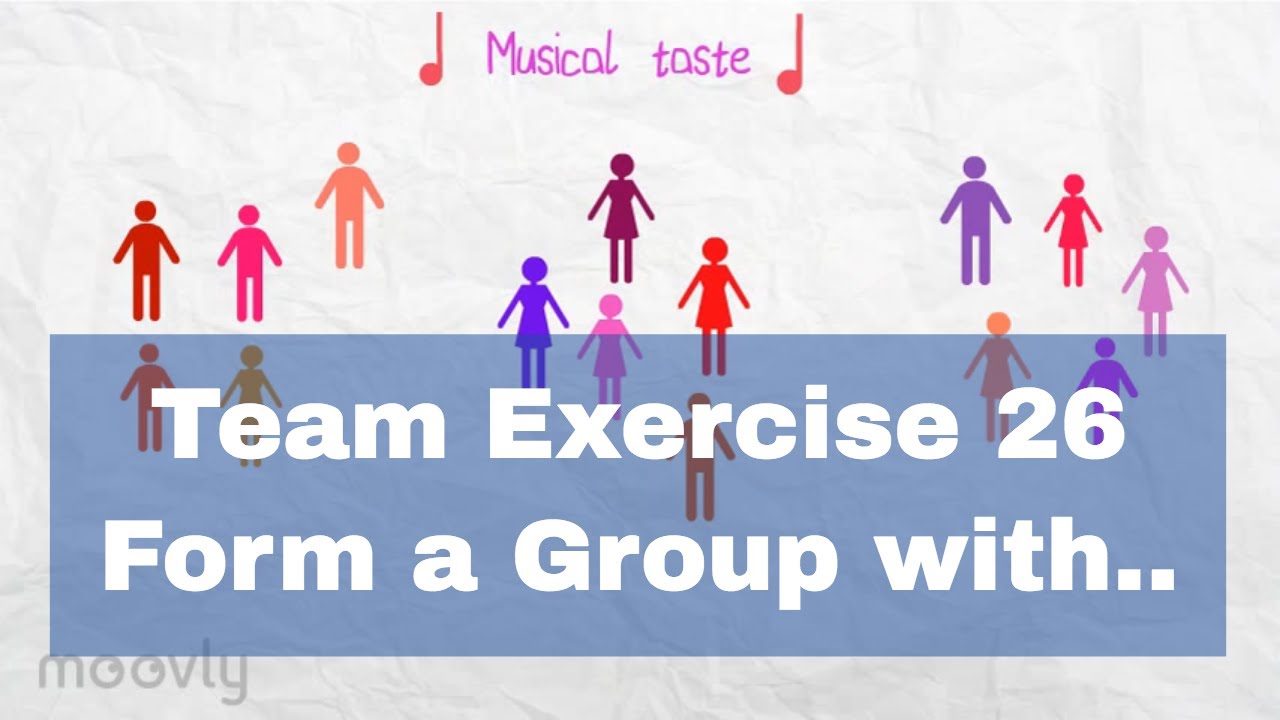 The team building game “Form a group with…” works best with bigger groups with at least ten participants. The trainer names a topic and the team will form groups.

For example: form groups based on what style of humour you like. Now it’s the goal to form groups as quickly as possible. First participants might have to think about what their style of humor is. Then they have to communicate with with their fellow team members and lastly they have to categorize themselves into a group. In the first part of the exercise this can be done verbally. In the second part of the exercise participants have to form groups in silence. If they mis-categorize themselves at first hand they may switch to the correct group.

You can apply variations to this Team Building Game exercise:

Do you have good variations to this Team Building Game exercise? Please share it below this video as a comment!