Herman Otten
Get in Touch!
Recommended nr of people to join the exercise:
5 to 20
Necessities:
Cards with the names of the characters
Average rating:   0 reviews 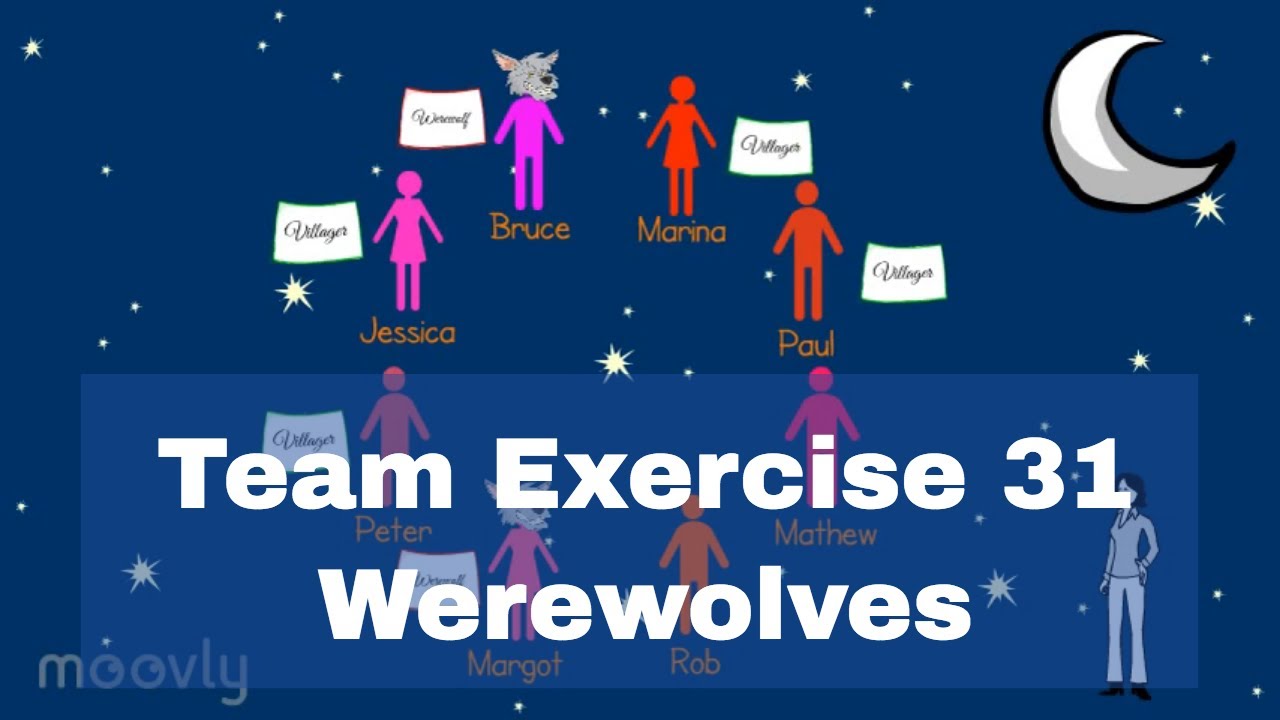 ‘Werewolves’ is one of our games for groups. In the video ‘how to play werewolves’ we explain how the game werewolves can be played.

It is a really fun exercising in which the team tries to bluff and read each other. The werewolves pretend to be villagers all the the while the real villagers try to unmask the wolves and eliminate them. It really tests the participant’s judgment on who they should or shouldn’t trust! In werewolfing it’s also clearly visible who takes the natural lead in voting someone away. Based on what does the group trust someone or not? In this video werewolfing has been simplified to just 2 different roles. Like some viewers may know there are many more other roles in this game. Some of these are listed below.

Many more roles dor this Games for Groups exercise:

Fortune Teller
Each night, he/she can discover the real identity of a player. He/She must help the other villagers but discretely to not be found by werewolves.
Hunter
If he/she is killed by werewolves or eliminated by vote, he/she must immediately kill another player of his choice.
Cupid
The first night, he chooses 2 players and make them fall in love. If one dies, the other dies too. A lover can’t vote against the other lover. If the lovers are a villager and a werewolf, their objective changes; they must eliminate all the players except them.
Witch
He/She has got two potions :
– one to save the werewolves’s victim
– one to eliminate a player
He/She can only use each potion once during the game. He/She can use her two potions during the same night. He/She can save herself if she just had been attacked by werewolves.

Do you know a good Games for Groups variation? Type it below this video as a comment.