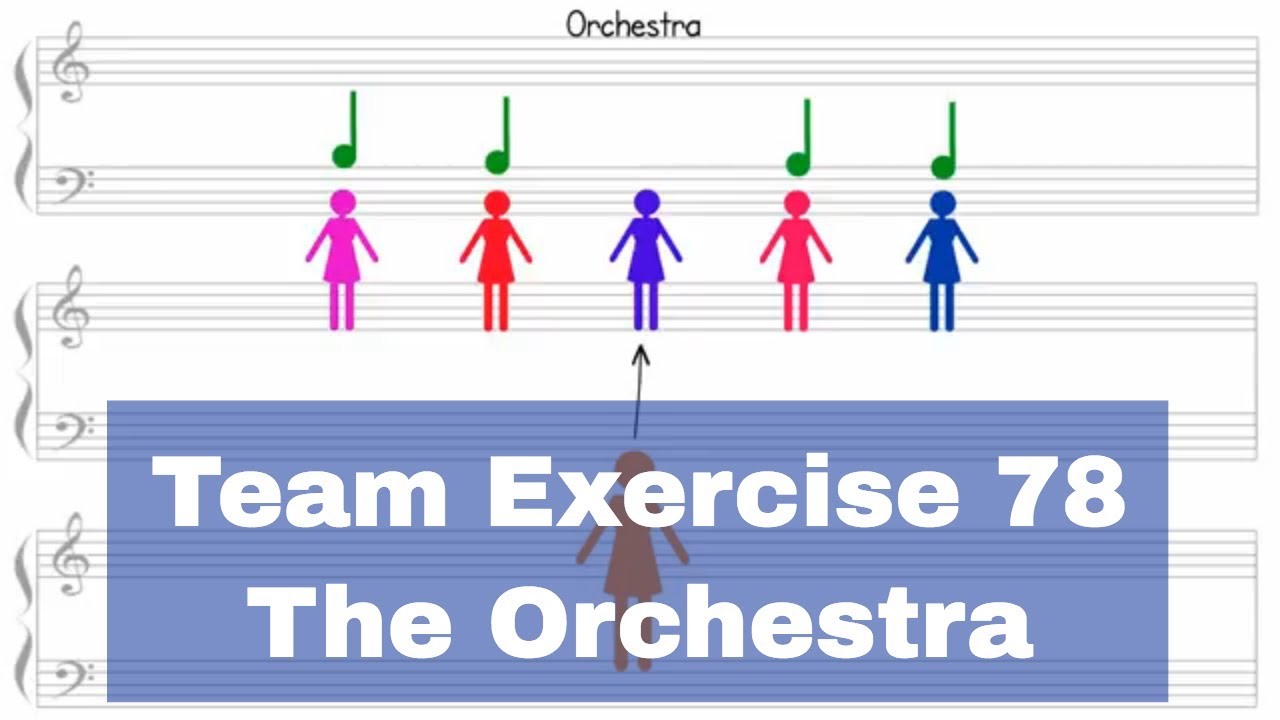 During this musical team building exercise the team will perform like an orchestra together.

Each team member will perform a part of the orchestra. The trainer conducts the orchestra. When you point to someone he stops is silent and when you make a fist to someone, everyone is silent except that person. After doing this for a while you take the place from a participant, takes over his sound and that participant is now the conductor. After a while this person switches rooles with another person and takes over his sound. Go on like this untill each participant has been the conductor once.

During the Musical Team Building exercise you can apply variations to the exercise:

Do you know a good Musical Team Building variation? Please type it below this video as a comment.