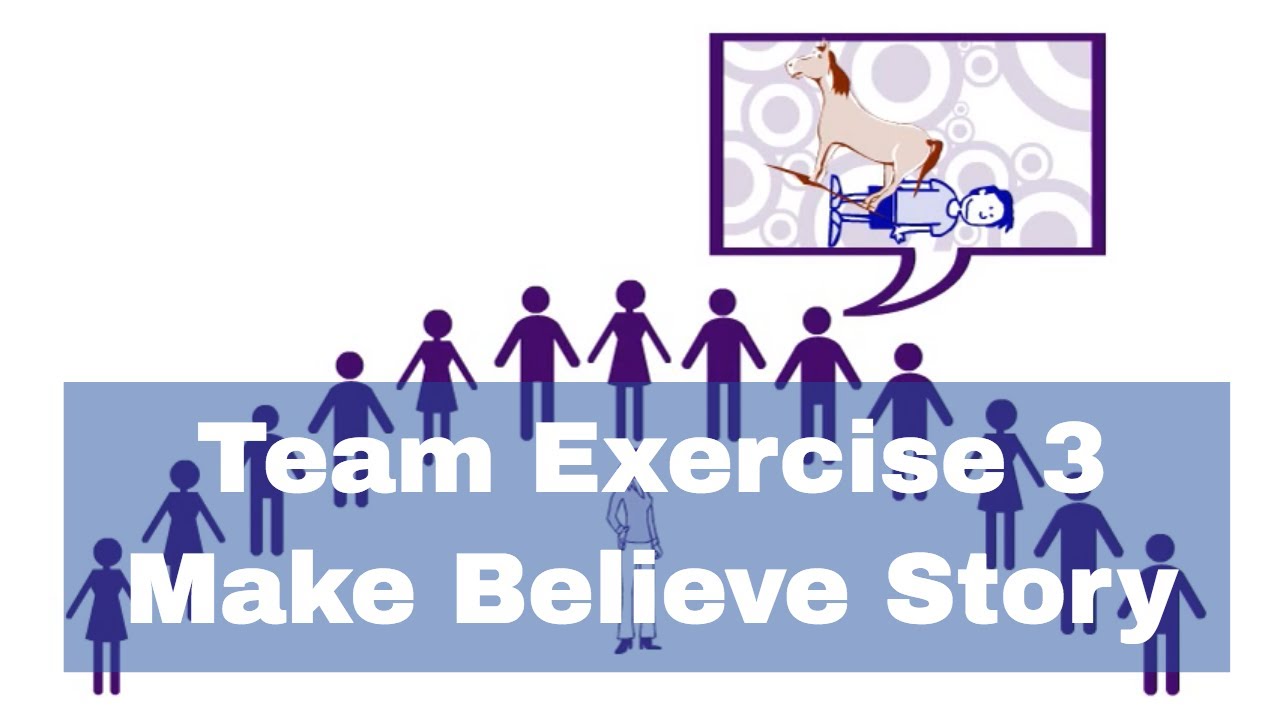 This is one of our team building exercises where the team will create a make believe story with combined effort.
The purpose of this exercise is to give the team more insight into listening and visualising what other people are saying.

During this one of our Team Building Exercises the team members will be forced to listen very carefully to one another. If they don’t listen closely enough it can happen that they won’t be able to add up to the story when it’s their turn. A good motivation because everyone will get a turn!

This on of our Team Building Exercises will create team synergy. After all it’s the whole team that has to contribute to the very same story. It teaches the team to think and act in coherence.

Because the team is telling one story, everyone will have to let go of their individuality to make the it a succes. Individual egos and ideas have to temporarily be put aside to make this exercise process smoothly.

The time every participant takes to make a contribution to the story will differ from person to another. This will be noticeable, one has more to share than the other. Some times you can let people contribute until they are completely out of inspiration and don’t have anything to say anymore. Other times you can purposely give the turn to someone that does not really know what to say. This way you can teach everyone, even people that think they can’t contribute, how to tell a story (even when they supposedly don’t know what to say).

During the This is one of our team building exercises you can apply variations:

When someone admits to having a difficult time with visualising you can ask the participant to think of a familiar image. How does his or her house look from the inside? What does the way to work look like? This way you are stimulating someone to see something in front of him. This technically functions as a lay up to contribute to the make believe story again.

Do you know a good Team Building Exercises variation? Please share them in the comments below.