Herman Otten
Get in Touch!
Recommended nr of people to join the exercise:
5 to 10
Necessities:
3 tennisballs
Average rating:   0 reviews 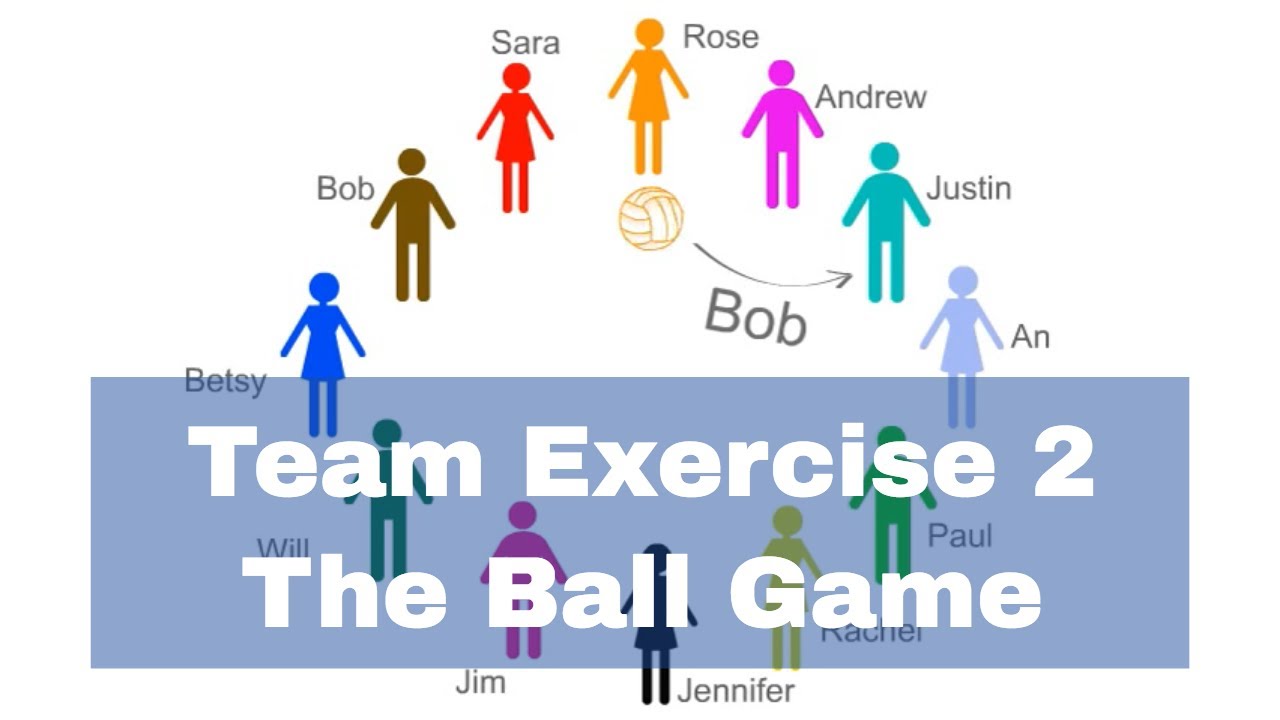 The Exercise
In this one of the team exercise games in which the team stands in a circle at equal distances from each other. To start off the exercise one person gets a small ball that can be easily held. For this exercise and everyone’s safety a tennis ball is advised.

The person with the tennis ball will throw the ball towards another person in the circle. This will be done with an underhand throw. While throwing the ball the person throwing calls out the name of the person which he’s throwing towards. The team will continue passing around the ball until everyone knows everybody’s name. If someone doesn’t know a name or forgot it he may throw the ball and ask for a name afterwards. Play the game as is described above and let the team play at an higher than average speed. Keep playing for around 2 minutes to let them warm up so that they can quickly proceed to the next part of the exercise.

Why this one of our Team Exercise Games?
There’s multiple reasons to play The Ball Game. Either to memorise names if you’re working with a new group or as an energizer to kickstart the day with. What’s especially good about The Ball Game is that it combines multiple skills to successfully complete. Not only is the memory muscle being trained trying to remember the names, the participants also have to keep their eyes on the ball and catch it. This will help the team to really get into the moment since losing focus for one second means the game has to start over again.

You can apply Team Exercise Games variations to this exercise:

Do you know a good team exercise games variation? Please share them in comments below.