Herman Otten
Get in Touch!
Recommended nr of people to join the exercise:
10 to 100+
Necessities:
Cut photos of animal and a deck of playing cards
Average rating:   0 reviews 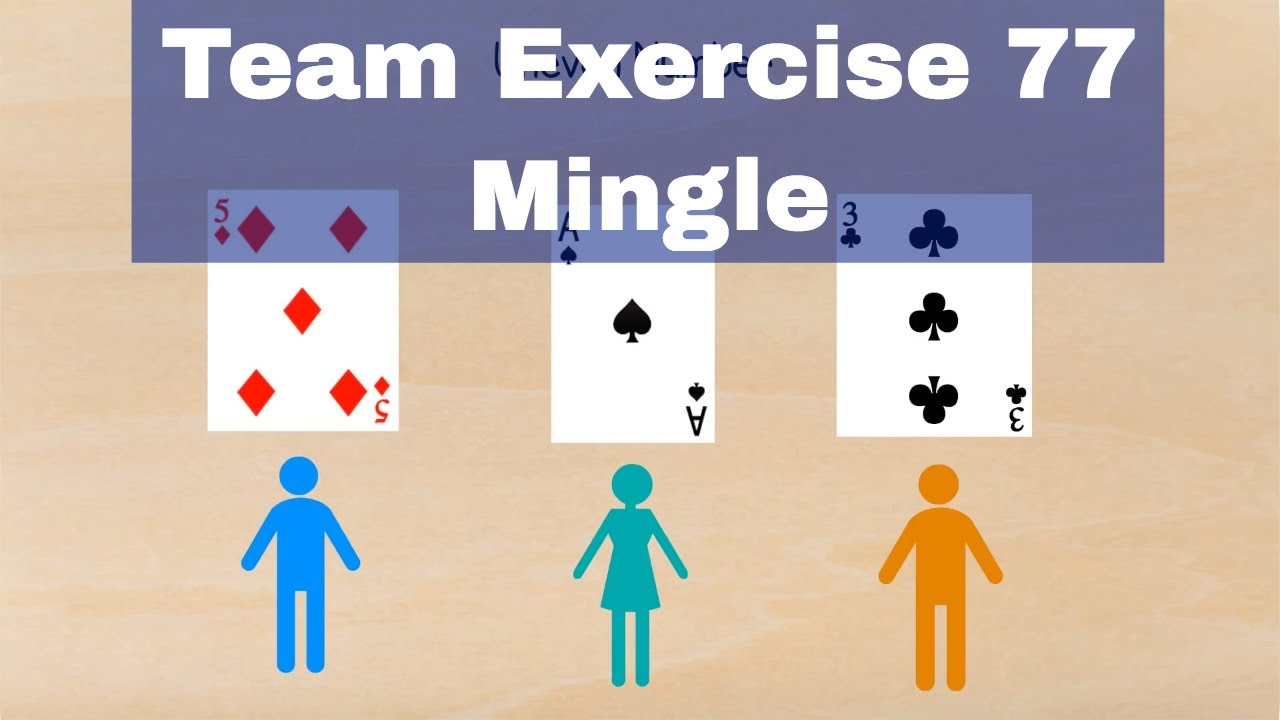 This is one of our mingle games the team will play two short games. The exercise is perfect to do with big groups to mingle or do at the beginning of a network event.

First each person gets the half of the photo of an animal. Each person has to mingle around the room to find the person who has the other site of the photo. Before they are allowed to compare pieces with someone they have to introduce themselves to each other. If the persons already know each they can tell the other person something he doesn’t know about him yet. You proceed this round until everyone has found his mingle games match.

In the next round each person gets a playing card (no jokers). Each person has to make a trio with two other persons as fast as possible of which the sum of the cards is an even number. The persons that first formed a trio of which the sum of their card contains an even number wins. Ann all this three persons gets a point. Next you play the same but now with the outcome has to be an uneven number.
In the final round you give the group a random number, for example the number 12.

Each person has to form a trio of which the outcome of the numbers has to be 12. They are allowed to sum up or subtract the cards to come to get the number 12 as the outcome. Again each person of the first trio that together can form the number 12 gets a point. Continue this last round with a few random numbers. The person with the most points wins the network game.

During the Mingle Games exercise you can apply variation:

Do you know a good Mingle Games variation to this exercise? Please type it as a comment below this video.