Herman Otten
Get in Touch!
Recommended nr of people to join the exercise:
2 to 100+
Necessities:
Little papers and pens
Average rating:   0 reviews 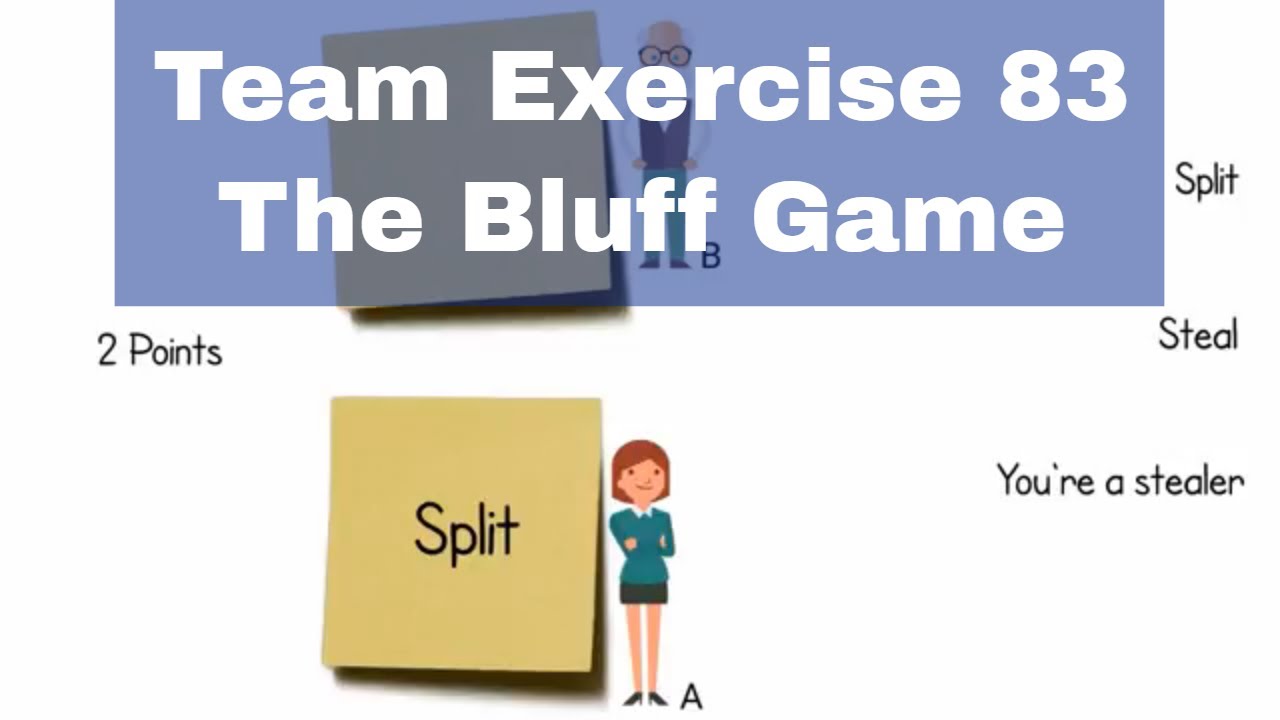 During this negotiationg skills exercise the team will improve their Negotiation Skills by playing a bluff game.

The team will learn how anticipating on the other persons choice can make him win a negotiation. They also learn how they can influence their opponent choise. Each person can write down Split, Steal or You’re a stealer on his notecard. Steal means you want to steal all the two points. Split means you want to split the two points. And ‘you’re a stealer’ means you think the other person has written down ‘you’re a stealer’ on his note card. After they talk to each other they will write down their final chose.

During the Negotiation Skills exercise the trainer can apply variations:

Do you know a good negotiating skills exercise variation? Type it below this video as a comment.