Herman Otten
Get in Touch!
Recommended nr of people to join the exercise:
5 to 100+
Necessities:
Tape to divide the room with
Average rating:   0 reviews 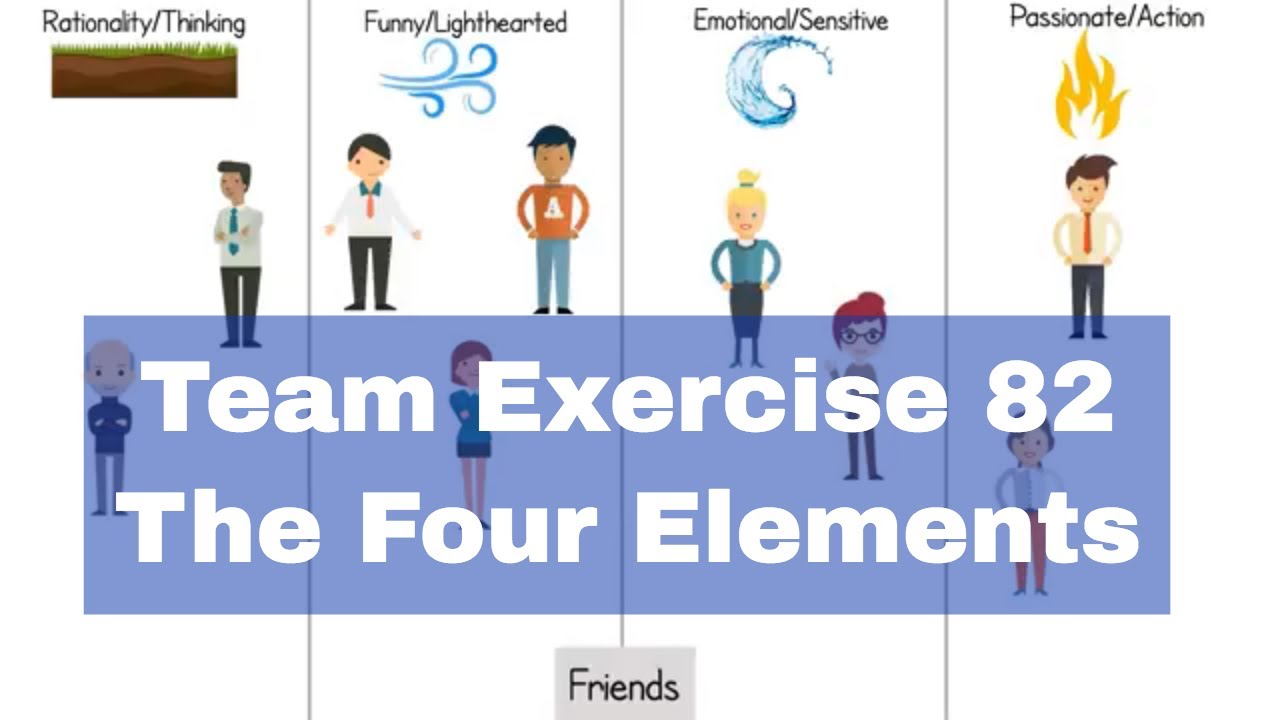 During this exercise the team will learn about the personality types using the four elements: earth, wind, water and fire.

You divide the room into 4 equal areas and name the areas after the element:. earth, wind, water and fire. Each person will stand into the area of which the element represents him the most when he is in a certain situation. Let each person tell why he made this choise. This way the team learns that a different part of them is activated according to the social environment they are in. And the team now knows which element people represent in the team and which elements they want to have more in the team.

During the Personality Types exercise you can apply variations:

Do you know a good Personality Types exercise variation? Type it below this video as a comment!