Herman Otten
Get in Touch!
Recommended nr of people to join the exercise:
10 to 100+
Necessities:
Tape to divide the room with
Average rating:   0 reviews 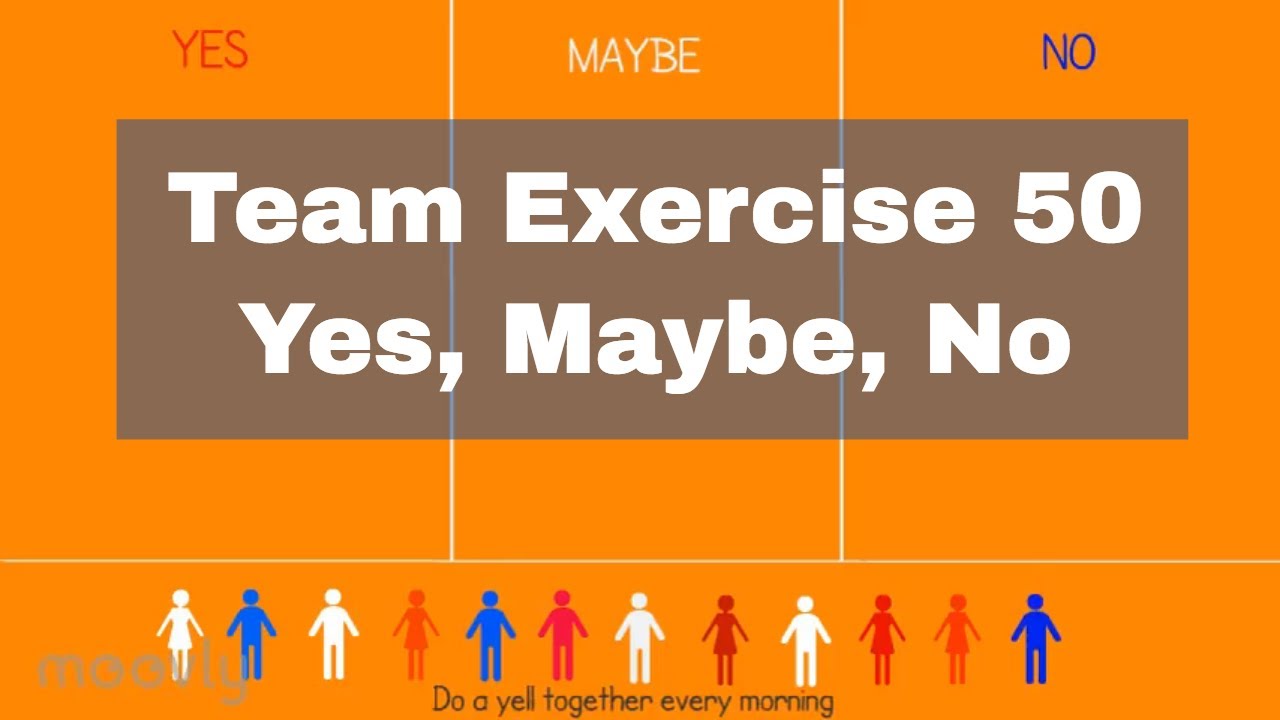 This is one of our teaching lessons in which the team will come up with ideas to improve a relevant theme.

For each Teaching Lessons idea the team will find out together who agrees with the idea, who disgagrees and who is doubting about the idea. This by standing in a yes, no or maybe section. Because everyone will stand in different sections it will be visualy clear what everyone thinks of a certain idea. Because the participants standing in the maybe section may be convinced by the participants in the yes and no section a playfull atmosphere occurs.

You can apply different variations to the Teaching Lessons exercise.

Do you know a good variation to the Teaching Lessons exercise? Type him below this video as a comment!