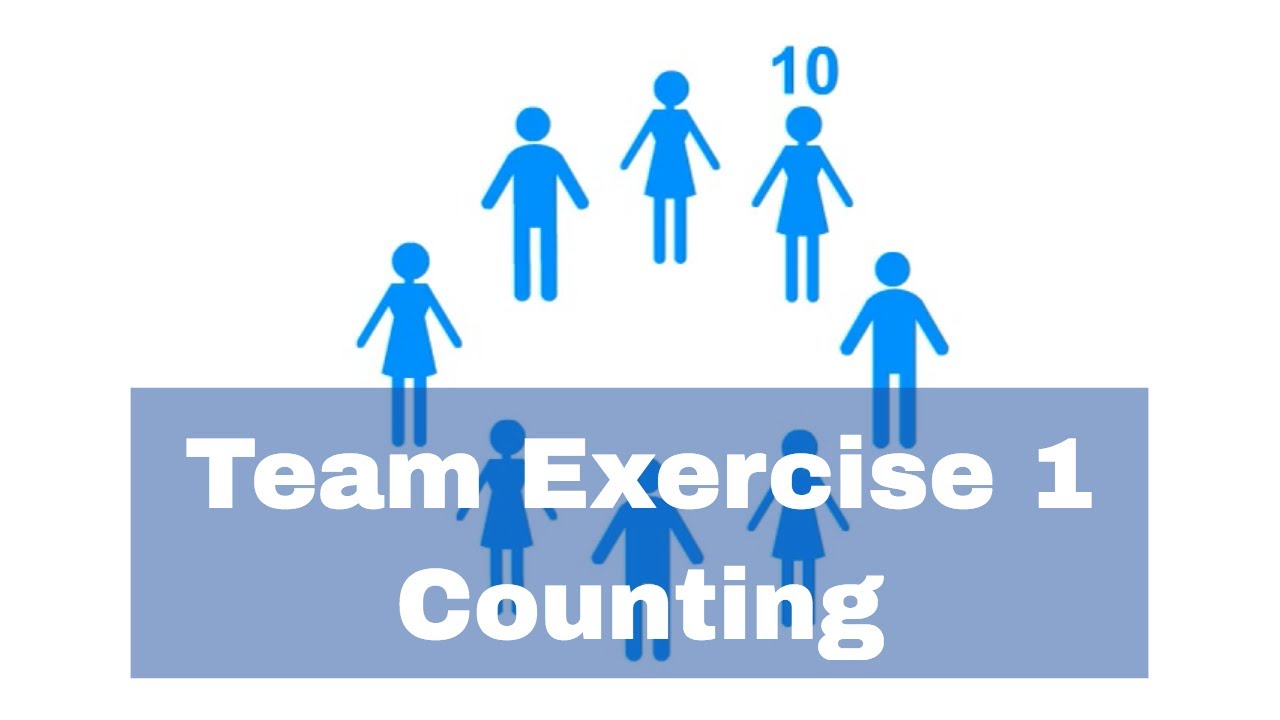 This is one of the team exercises in which the team stands in a circle at equal distances from each other.
The idea behind this exercise is very simple. The team counts together.
The first person starts by saying, “one.” The next person, “two”, and so-on.
When one person is saying a number, the others must remain silent.
The challenge is that the team can’t count in order around the circle – and numbers are not pre-assigned.

They must work together to count.
Each person says a number, and tries to not to speak at the same time as another team member. Before each round, the team should decide on an ending number.
For example, the first goal could be to reach the number twenty.
This on its own would be fairly simple, but there’s more to it. There are strict rules for this exercise. First, each number must be said by a different person. No one can speak two numbers in a row. If this happens the counting has to start over at one.
The most difficult and most important rule is that if a number is said by two or more people at the same time, the counting has to start over again at one. This teaches the team to listen to each other, and work together. It’s important that the numbers flow naturally.
Once the team gets a hang of this exercise, they will experience a kind of magic or synergy.
The team may get to a point where they can count effortlessly to one-hundred.
The trainer leads the exercise and gives feedback between rounds about what went well and what didn’t.


How come during some attempts the team reaches to a high number, and during another attempt they fail at a very low number?

This can have several reasons:

After a round in which the team has achieved a high number, such as 26 , the team tends to repeat itself and the team members think they can count quickly to number 26 to continue from the previous score obtained. Of course this will not work. The team will fail very fast at a low number. Because persons will speak at the same time.

Previously achieved success is no guarantee to achieve the success again, and when you think it will be, the sooner you will fail. This exercise will show that in a very literary way.

Another reason that the team fails to count to a high number can be that one or more persons in the team wants to talk too much. This way people will start talking at the same time and the team has to start over from number one.
It really helps when everyone is open and listens very carefully to the chemistry in the group.
When the group becomes one, every person will feel when it’s his or her turn to say a number.
So it can be that persons who normally speak a lot, are more useful during this exercise when they reduce their talking.

3. Focus
Sometimes a team is over-focused. If they are, this exercise turns out that they are too tensed to get a good result.
This way the team will no longer sense who is going to say the next number. They will be too result driven.
When this is the case you can let the team walk around the room while saying the numbers. This way the team will be more relaxed and the numbers will flow more naturally.
When the team is too loose you can tell the team they can close their eyes so their concentration will be sharper and they can count to a higher number.

Herman Otten
Get in touch!
On: January 7, 2018
Become a Team Member!
Join us and share your own exercises!